A downloadable experience for Windows

Hey, Mark. Thanks for watching my apartment while I'm away. I know you haven't been out much since Jill's disappearance, but I think this is good for you and I really appreciate your consideration!

Thanks for playing and the video! :)

H there. Name's Esh, and I love to try and play some Itch.io stuff for my videos. I happened upon your game and added it to this little video of 3 Scary Games (Yours begins at 27:33. Fair warning, the audio came out a little louder than intended).

First of all, I LOVE the narrative you have built up here. While I can imagine the mix of live-action and video game was done for convenience, it's an interesting storytelling device, and I got hooked in rather fast by the little snippets of the characters' life we see, though I could use some clarification on why we're watching VHS tapes if this still takes place in the early 2000s (and with such a gigantic TV!). It's spooky, it sneaks up on you, and it's intriguing. So great work there.

The  problem lies in the COMPLETE lack of a satisfying conclusion. Being presented with nothing but a choice that either kills you instantly or shuts off the game is incredibly unsatisfying, and having to watch all the tapes all over just to try the other option is infuriating. Even if this was more of an exercise in story telling, there has to be a carrot at the end of the stick, and an animated scene would have so much more impact after spending the game in an empty setting.

It's a shame, cause everything leading up to that non-ending is actually pretty wonderful. I would love to see what else could be done with this.

So this was an interesting take of a game. I wish there had been a couple more options on how it went though. Like maybe some secrets to find and such. A litlle more substance, all in all though it wasn't bad. Hope you guys make more.

Reply
ReapeeRon3 years ago(-1)
Good game.  I didn't realize that looking for the crazy person was a bad idea until it was far to late.
Reply
ｔｅｃｇｏｔｈｉｃａ3 years ago

Couldn't figure out how to water the plants, but the story was interesting.

Wow that took a turn! Great game. My first game I've played/recorded in a month (because I was waiting on my new computer). But great job!

While storywise, I had a bit of trouble piecing it together (That's on me). Gameplay wise, creep factor went through the roof the more videos you played. Great job there.

Here's my channel link if you want to see other games I played.

Really enjoyed playing the game, it was a nice experience, the ambience was great, it kept me on edge all the time thinking somebody is gonna jump at me.

Props for the acting in the game! Definitely wanna see you make more

Interesting little game. I enjoyed it!

Time to get spooked as we look at a few horror games I've never played like PT and Jill!

Fantastic game! Had me on the edge of my seat. That ending though...keep up the good work developers!

Reply
The Fringe3 years ago(-1)

I really love how the story of this game is put together, really outside the box :D ..

I was creeped out without compare :O

Reply
Neco The Sergal3 years ago(-1)

I'm a bit confused about the overall story of what happened, but that's just me xD

I had a blast playing this game, thanks for the fun (:!

Cool game. I didn't quite understand the end, but still neat.

Poor Jill. And what happened to her dad?

Makes you feel uneasy! I enjoyed it  for sure. Keep up the good work 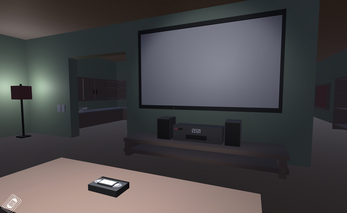 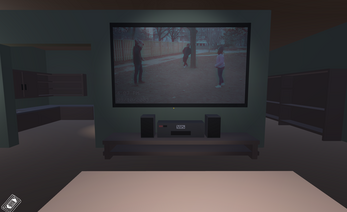 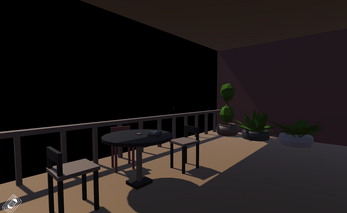